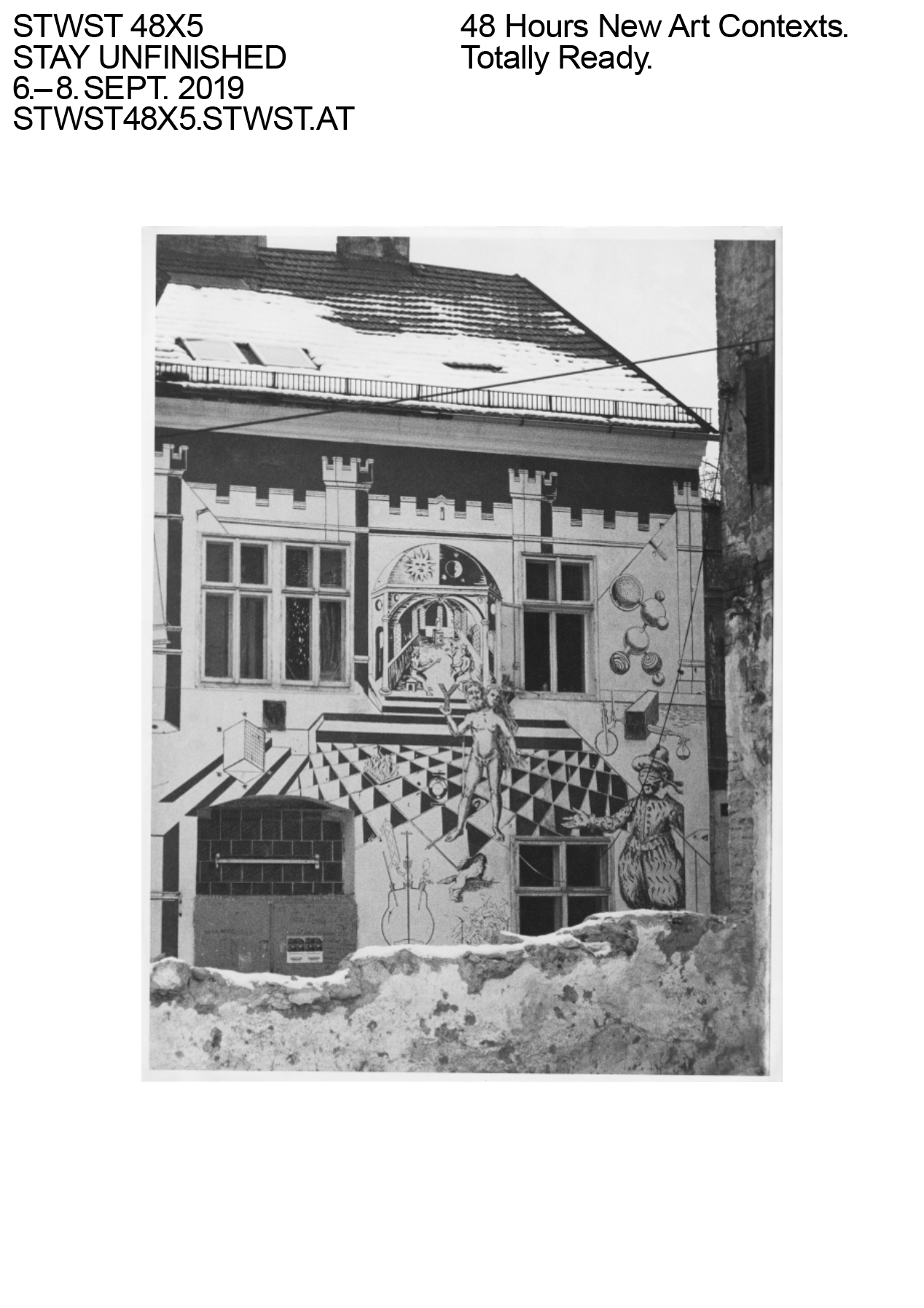 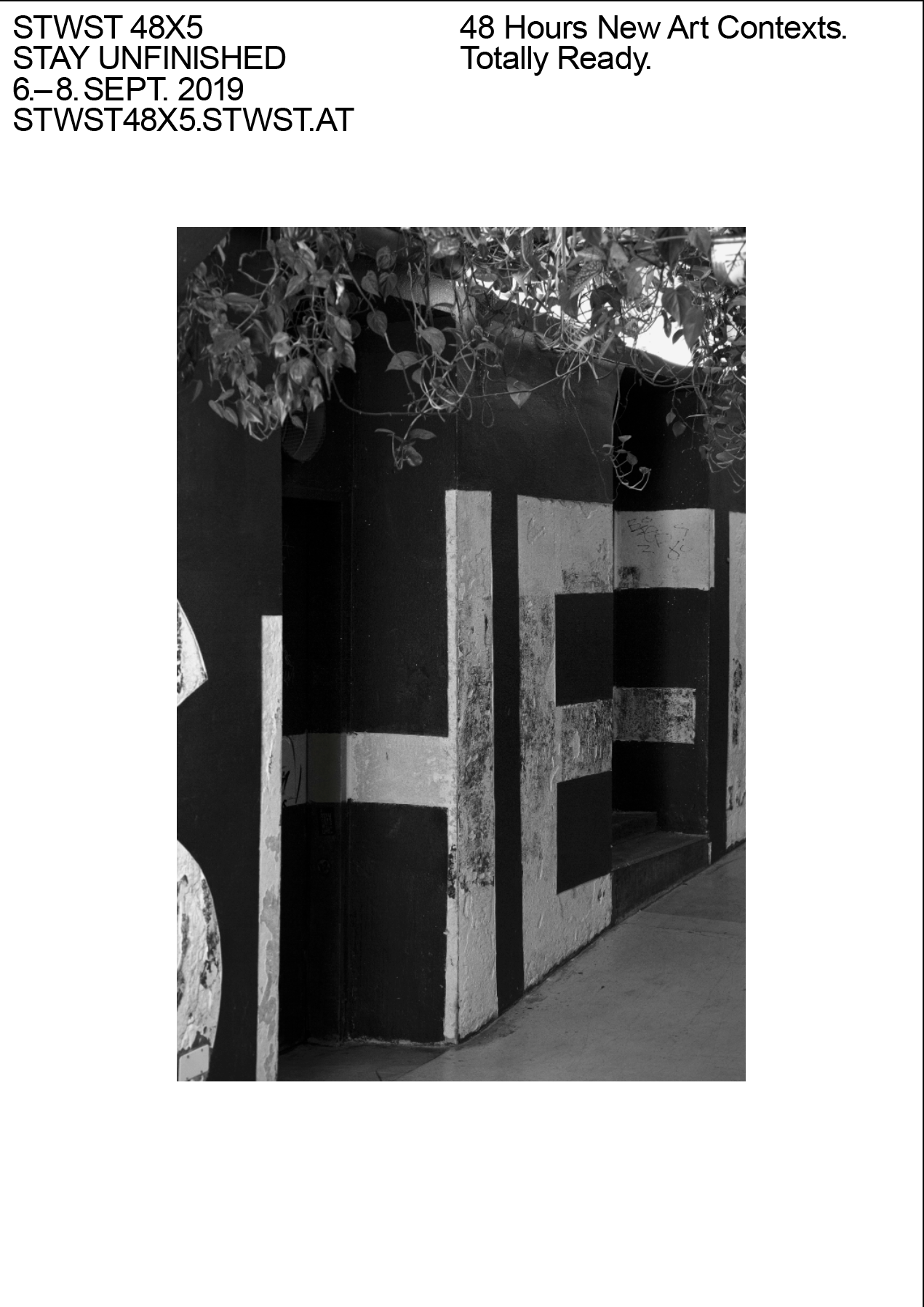 Founded as an artists’ collective, Stadwerkstatt (STWST), a striving, living cultural space prides itself as an autonomous structure since 1979, is celebrating its 40 year existence in 2019. STWST48x5, the fifth edition of STWST’s annual extravaganza 48 hour showcase, held in conjunction with Ars Electronica, announces STAY UNFINISHED as its thematic approach this year. STAY UNFINISHED aims to look at the art of the past and the projects of today. It's about history and now, it's about process and transformation. It's about not being finished, not getting finished, and mostly about moving forward, thinking ahead. With STAY UNFINISHED, we seek coalition with art and societies who remain in constant development and perpetual movement towards a possible utopia of open society in ever-expanding modes.

STWST48 is a 48 hours showcase-extravaganza in September. STWST48 invites international artists and also shows new art contexts developed in and around Stadtwerkstatt, for example results from Infolab, Quasikunst, and other formats of Stadtwerkstatts art production.

Stadtwerkstatt has been an art, club and autonomous structure since 1979. As an early adopter in the context of new media and media art, the place has a history of meaningful projects since the 1980s. Nowadays Stadtwerkstatt is active in the areas of New Art Contexts, runs a club and the Cafe Strom, media channels such as the print Versorgerin and other art and discourse formats.
All current New Contexts projects. All previous projects since 1979.