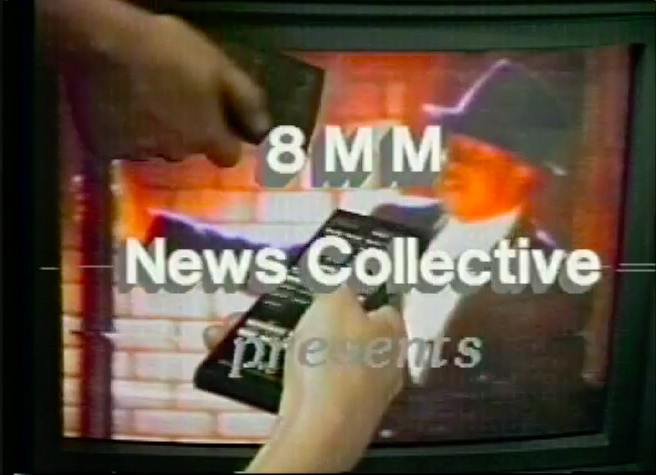 In 1972, the Federal Communications Commission issued the “Third Report and Order” requiring all cable systems in the United States with over 3,500 subscribers to provide access television channels where the general public, could create noncommercial programming for cablecast within their local community. From the mid-1970s through the early 1990s, as public access television stations opened across the country, lively artist-driven access TV scenes developed in cities such as Atlanta, Buffalo, Chicago, Dallas, New York and Milwaukee and smaller municipalities like Pasadena, California and Woodstock, New York, Public access television offered artists a “free space” from which they could challenge the limits of free speech, experiment with staid televisual aesthetics, produce work outside of the confines of arts institutions and directly reach a large public audience. Artists produced hundreds of hours of TV programming during this era, ranging from interactive audience participation shows and curated packages of video art to activist agitations and vox populi projects. Despite this breadth of activity, artist-produced public access television remains an artistic genre under stress; produced at small non-profit cable television facilities that did not often have formal preservation and collection protocols in place, and recorded on obsolete Umatic videotapes, its archive is fragmented and partial, at best. In Making a Scene: Artists and Public Access Television, 1972-1994, Laura McGough will attempt to weave together a history of public access television that celebrates the diversity of programming produced by artists during this era. The presentation will feature clips from a range of public access programs, as well as anecdotes culled from oral histories conducted with artists, in an effort to create a portrait of the various local scenes that contributed to this important, but often overlooked, artistic movement.

Laura McGough is a media art historian, curator, and educator.  She has organized exhibitions, screenings, performances and streaming content for arts organizations in the U.S., Canada, Europe, and Australia. In 1997, she co-founded the new media collective NOMADS and through this initiative organized a number of early Web-based art projects including Audiophfile, a six-part sound art series, and MASSAGE, a multi-media arts journal. Laura has served as a curator at arts organizations including the Liaison of Independent Filmmakers of Toronto, Hallwalls Contemporary Arts Center and Washington Project for the Arts/Corcoran. http://lauraspitalemcgough.net

Image: “The Riddle of the Mysterious Missing Station” (1990) by the 8mm News Collective