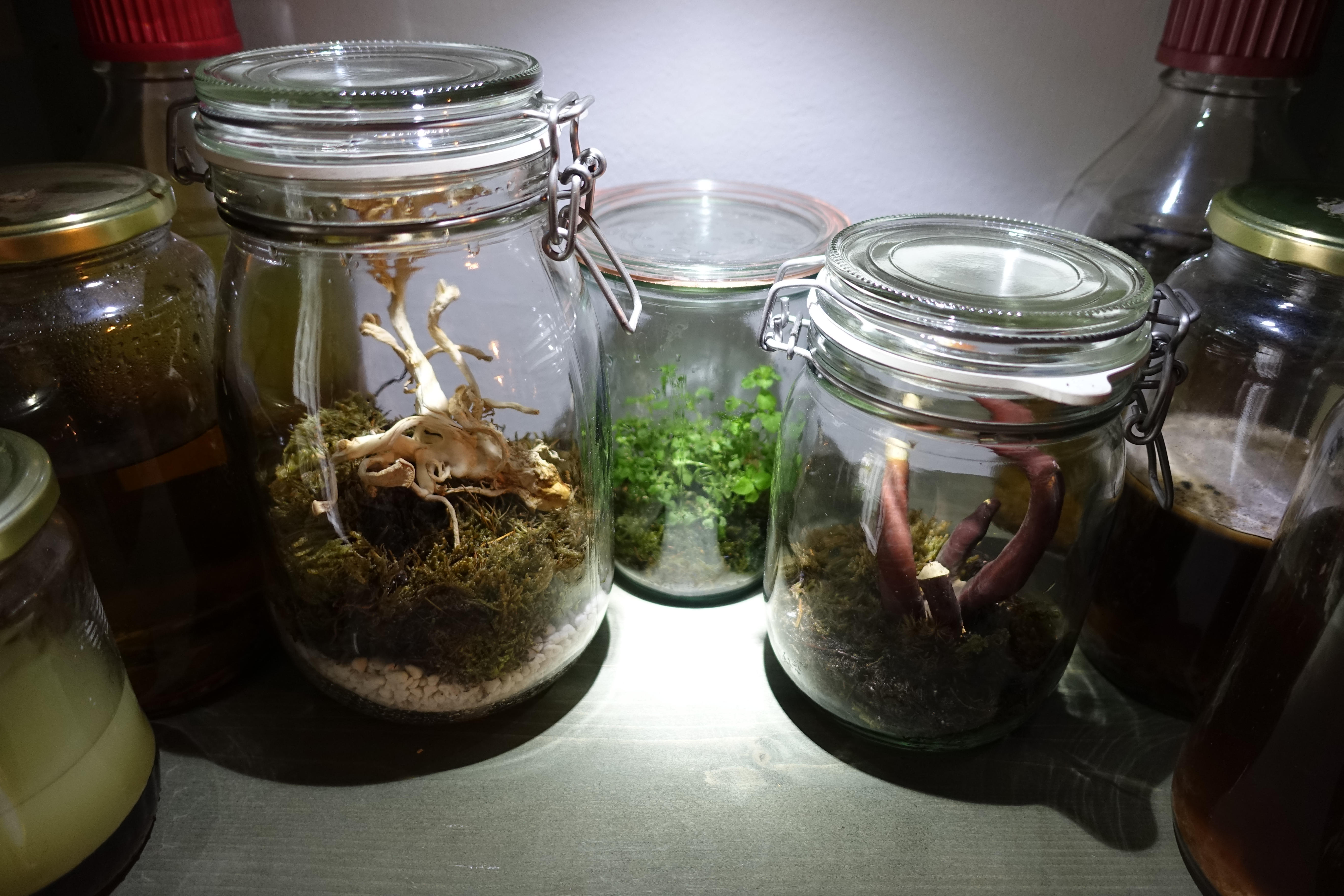 a combine of different organisms – segregated in hermetically sealed containers - turning towards isolationism.

isolationism has been defined as:
a policy or doctrine of trying to isolate (…) from the affairs of other(…)s by declining to enter into alliances, foreign economic commitments, international agreements, and generally attempting to make one's economy entirely self-reliant; seeking to devote the entire efforts (…) to its own advancement, both diplomatically and economically, while remaining in a state of peace by avoiding foreign entanglements and responsibilities. (international encyclopedia of the social sciences)

ml/myco-logick = a series of projects/attempts of interaction with our fungal cohabitants: comprising several sub-groups and part of the infolab. 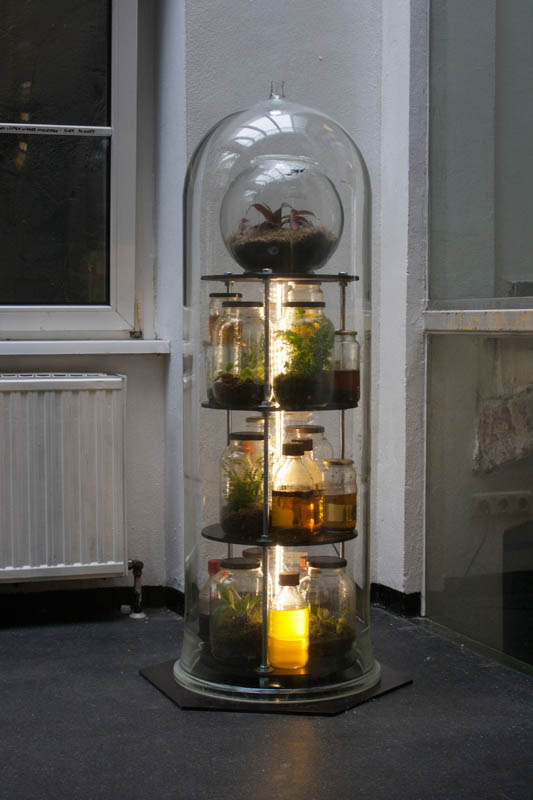